A Lincolnshire brewery expanded their operation and created new jobs with the support of a Local Growth Hub grant. 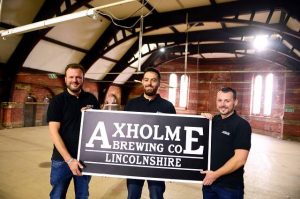 The Axholme Brewing Co, which was founded in Crowle 2012, applied to the Humber LEP’s Growing the Humber scheme through E-Factor, for a grant of £54,000 to open a brand new brewery and taproom in a disused Grimsby church.

The company found it had growing demand to supply its beers, but did not have the capacity to expand at its previous location.

The Growing the Humber scheme offers business investment grants to help grow SME businesses in the Humber region. Alongside asset finance and investment from one of the business owners, the funding brings the project’s total spend to £200,000. 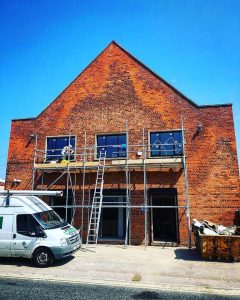 After being awarded the funding, the company began working to update St Barnabas Church on King Edward Street in Grimsby, to create ‘Docks Beers’.

Local firms were employed to prepare the site for the arrival of their equipment for delivery in July 2018. The brewery was up and running by the summer and was officially opened to the public in October 2018.

The Docks Beers facility now allows Axholme Brewing Co to brew beer on a much larger scale for bottling and to meet growing demand, and it also allows them to brew beer in a modern craft style which they release under the Docks Beers brand.

There is also a popular taproom inside, which showcases beers from both Axholme and Docks, as well as other beers from around the country. The company also has brewery tours twice a month, and sales of bottles, cans and gifts from the shop. 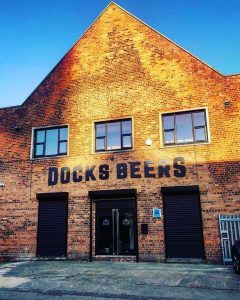 In more exciting news for the company though, in April 2019 they were granted planning permission for a new entertainment venue in the top floor of the building.

This empty room is to become a venue that can host live music, comedy, exhibitions and significant cultural events, which could create even more jobs.

E- Factor’s Steve Parker commented: “We’re pleased to have been able to help Axholme Brewing Co through the provision of additional investment.

“It is a great example of a business that has evolved with the support of E- Factor and will bring jobs to the area which should help boost the economy and future of this region.” 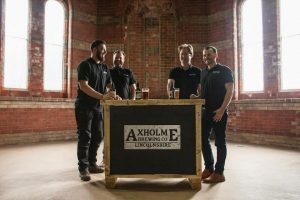 David Kilburn of MKM Building Supplies is chairman of the investment panel that awarded the grant funding and he said: “Growing the Humber has been very successful in helping businesses of all shapes and sizes to make key investments that enable them to grow and employ more people.

“I’m delighted to see how this grant has supported Axholme Brewing Co with their expansion ambitions and how it has helped create new employment in the region.

“The Humber has some excellent businesses and we are pleased that money from the Government’s Local Growth Fund enables us to support so many of them.”