2007 saw devastating flooding across the region. Over 11,000 properties were affected by flooding in Hull and Haltemprice alone, with numerous main roads throughout the outlying villages of Willerby, Derringham, Cottingham and Orchard Park transforming into rivers, due to a combination of surface water and lack of capacity in drainage systems. 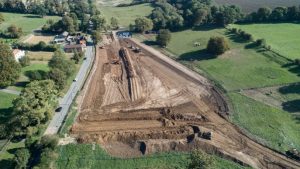 Following the June 2007 floods, both East Riding of Yorkshire Council and Hull City Council carried out complex surface water modelling. This identified that a large amount of flooding in the area occurred due to the interaction of overland flows and existing watercourses from the west and north of the city. This interacted with the combined sewerage system in the city resulting in widespread flooding of residential properties, businesses and key transport routes.

The flood model was verified by comparing the simulated events with the experiences and records of the 2007 floods. East Riding of Yorkshire Council tested the concept for storage lagoons to the west of the city with a pilot project completed in 2012/13, the Raywell Valley Flood Attenuation Scheme. 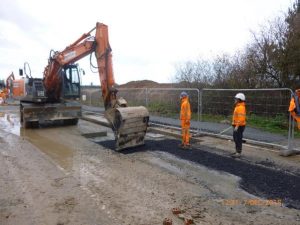 Building on this success of this smaller scheme, the proposed Cottingham and Orchard Park Flood Alleviation Scheme (COPFAS) was identified to reduce the risk of flooding to Cottingham in the East Riding and Orchard Park in Hull area.  COPFAS is the second multi million pound project to be delivered by East Riding of Yorkshire Council, in partnership with Hull City Council and the Environment Agency. The scheme benefits from a contribution of £5m from the Government’s Local Growth Fund, secured by the Humber LEP and part of the Government’s commitment to the Northern Powerhouse.

The COPFAS scheme consists of eight lagoons for rainwater storage along Eppleworth and Westfield Road (in the Raywell Valley) and a further lagoon adjacent to North Moor Lane, Cottingham. Together, they will have the capacity to hold back 470,000 cubic metres of flood water.  All of the lagoons in this scheme will normally remain dry only to be filled during severe wet weather events. The lagoons at Eppleworth will remain as farmland, and will contain either arable crops or grazing land. At Orchard Park, the lagoon includes a landscaped area including a fishing pond, planted nature area and recreational land for the community. 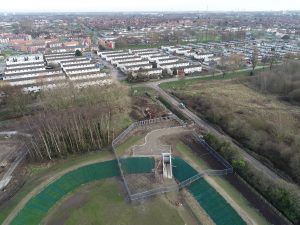 The scheme has two separate phases; Phase 1, involves the creation of the Orchard Park lagoon including the landscaped pond and nature area. The works also include alterations to Wanlass and Creyke beck including flow control structures, improvements to drainage ditches and the construction of a siphon.

Phase 2 involves the creation of the eight lagoons in the Raywell Valley, and improvements to the highway drainage. All eight lagoons will be linked together by culverts which will allow any flood water to flow from one reservoir to the next, in a cascading fashion, to capture as much water as possible. 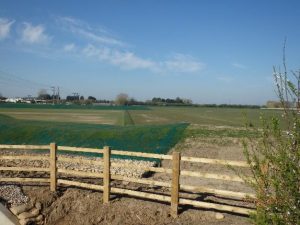 The Cottingham and Orchard Park Flood Alleviation Scheme (COPFAS) is currently being constructed and will be operational by 2020. As a result of the scheme will reduce the surface water flood risk for up to 4,000 residential properties. The scheme also reduces surface water flood risk to 113,416m² of existing commercial floor-space within the 233ha of land within the benefit footprint.