A specialist arts and health consultant based in East Yorkshire who has helped businesses deliver creative and cultural projects across the country made a national impact once again after lockdown led to a loss of work. 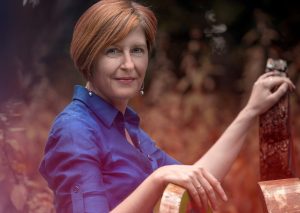 Elaine Burke was recruited to devise the content and the approach for Arts Drop, a project organised by the Creative Learning Guild (CLG) to promote wellbeing among the most vulnerable children in Calderdale during lockdown.

The initiative was such a success that Elaine and the CLG are now adapting it for other groups with similar needs and in other parts of the country. Some organisations have stepped up to offer their own versions of the project, and meanwhile the original Arts Drop has grabbed the attention of the All Party Parliamentary Group (APPG) for Arts, Health & Wellbeing. The initiative features as one of only five case studies from the Yorkshire and Humber region and 50 nationwide in a report by the Culture, Health and Wellbeing Alliance. 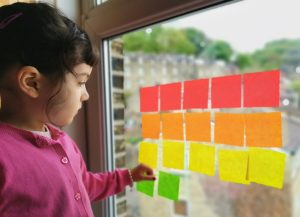 Less than three months after its launch, Arts Drop has also now collected a number of nominations for the National Lottery Awards.

Elaine, who lives and works in Cottingham, has had great success at building partnerships to bring together arts and business.

She was a key figure in the development of Larkin with Toads which transformed the streets of Hull 10 years ago, leading the evaluation to identify a contribution of more than £500,000 for the local economy, with the same again in media and PR value. She continues to help Wykeland shape the cultural and community aspects of its investments in Hull, Beverley and Northallerton.

After delivering the keynote speech at a regional cultural education conference in Leeds in March, Elaine was invited by Gilly Bryerley, Managing Director of the CLG, to provide mentoring, coaching and training for arts organisations and practitioners. 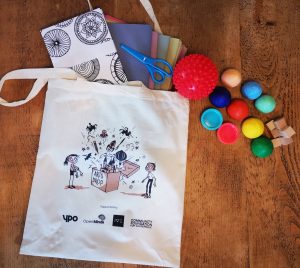 When the lockdown put paid to that project, the pair came up with Arts Drop, using the network of social workers and other key workers to deliver packs of creative materials specifically designed for children identified as being at home, at risk and with limited access to the internet.

In total, Arts Drop reached 2,500 at-risk and looked-after children, young carers and children with refugee or asylum seeker status. In addition to the National Lottery it was funded by Calderdale Metropolitan Borough Council, Calderdale Community Foundation and money from Arts Council England managed by IVE.

Of the case studies presented to the APPG from across England, Arts Drop stood out for its success in securing direct business support. YPO in Wakefield sponsored the project to reinforce its work supplying products and services to a wide range of customers across the UK including schools, local authorities, charities, emergency services and businesses such as nurseries and care homes. 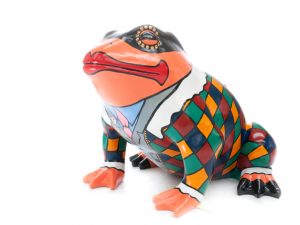 Also in attendance was Lord Howarth of Newport who as co-chair of the APPG spoke at its Yorkshire and Humber launch of the Creative Health report at Hull Royal Infirmary in June 2018. Elaine, who advises the Hull University Teaching Hospitals NHS Trust on its arts strategy, hosted the event and delivered a keynote speech.

Victoria Hume, Director of the Culture, Health and Wellbeing Alliance, said: “We estimate that the organisations and freelances have reached over 100,000 people. Whatever the scale, what’s important is the care that’s been taken to being responsive to what people actually need.

“The feedback we have been getting suggests that people really have been seeing this work as a lifeline. These projects are creating vital space for people to express not just happiness but also frustration, fear, anger and to articulate the need for big changes in society.

“What these case studies make clear is the need for partnership, investing in these organisations that have been doing so much to support communities but it is also about investing time into partnerships between culture, health, social care, local government.”