Councillor Peter Wheatley has held many positions within the Councils he has served on.  He was the Leader of Grimsby District Council until it was superseded by North East Lincolnshire Council in 1997, holding the post of Deputy Leader until 2003.

On his retirement, he returned to local politics in 2011 and held the Portfolio for Environment and Regeneration before taking on the role of Adult Social Care and Public Health, together with being Chair of the Health and Wellbeing Board. After his successful re-election this year, the Leader has asked him to return to the Portfolio for Economic Regeneration, Skills and Innovation.

Peter brings a broad spectrum of experience from both Local Government and Business perspective. 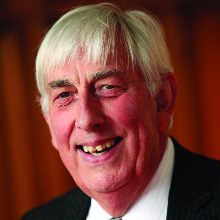