Born and raised in Grimsby, he later moved to live in the North Lincolnshire village of Kirmington which is close to Humberside Airport.

He served the communities of North Lincolnshire as Chief Fire Officer and Chief Executive of Humberside Fire and Rescue Service until he retired in April 2014. Afterwards, he subsequently qualified as a Leadership Performance Coach.

At the North Lincolnshire Council Local Elections held in May 2015, he was elected to represent the people of the Ferry Ward and he currently holds the cabinet portfolio for Governance and Transformation. 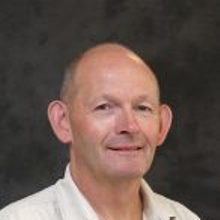