Councillor Stephen Brady is the leader of Hull City Council since 2011. He was elected as the Labour Councillor for Southcoates West Ward in Hull in 2000 and became Chief Whip for the Group in 2004.

He sits on a number of boards including Hull’s City Leadership Board with 14 other public and private sector city leaders to shape the future of the city.

Prior to becoming a Labour, Councillor Stephen Brady owned and ran a newsagents shop for 10 years in the ward he now represents. He has worked in a number of industries, notably at Sculcoates Power Station, Imperial Typewriters and at BP Chemicals at Salt End where he was, for a long time, the elected full-time Trade Union Convenor for the Transport and General Workers Union. Councillor Brady comes from a long line of Trade Union representatives and Labour politicians in Hull that stretches back many decades. 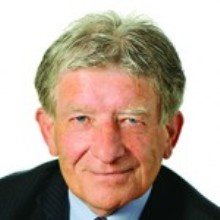