David spent 21 years as an RAF Officer specialising in Logistics and Training. He left the forces as a Squadron Leader in 2007 after an exciting career that included numerous operational deployments.  On leaving the Military, David initially worked for Serco, providing the support services for RAF Cranwell and then running a multi-activity contract at RAF Scampton, the home of the Red Arrows.

David took on a new role with TQ Education and Training Ltd (a Pearson company) in 2010, where he specialised in outsourced work based learning business development and operational delivery.  In addition to being responsible for growing the business, David had a wide portfolio of activity ranging from delivering over 700 apprenticeships a year, to providing residential outdoor activity courses for community projects, corporate organisations and schools.  He eventually moved on to work for BAE Systems as the Head of the Aircraft Maintenance Academy at Humberside airport, training the next generation of aircraft technicians working on fast jet aircraft for BAE’s military contracts within the UK and overseas.

The opportunity arose in late 2015 to lead the next phase in the development of HCF CATCH and David took over as Chief Executive on 4 January this year.  HCF CATCH is an industry led partnership that supports the process, energy, engineering and renewables industries.  David is looking forward to the challenge of engaging with the stakeholders within the region and supporting the HCF CATCH members in developing the skills needed within the Humber. 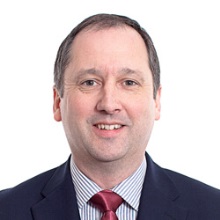