Iain joined HETA in July 2014 as Chief Executive and is looking forward to developing the business and shaping the future of HETA.

Iain grew up in East Yorkshire and then served in the British Army. His career has consisted of working in Media and Information companies and latterly Further Education.

He began working in regional newspapers in Hertfordshire and Sussex moving across into trade magazine publishing. Before moving into education, Iain worked for the Press Association in London and East Yorkshire. He changed career in 2003 when he took up a post in Further Education at colleges in Oxford and London and then moved onto HETA in 2014. 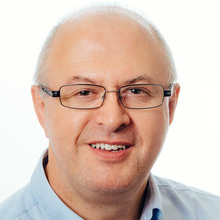