Isobel Mills has lived and worked in Yorkshire since 1992, after an early career with the Manpower Services Commission in the East End of London.

She joined the DTI in Leeds on arriving in the region, and was with the Government Office for Yorkshire and the Humber from its inception in 1994 until its closedown in 2011. As Director of the Yorkshire and Humber and North East team for the Department of Business, Innovation and Skills until her (early!) retirement in 2014, Isobel continued to drive employment, growth and regeneration across the North.

She has worked extensively with Humber partners including on the Single Regeneration Budget, Investing European Funds, tackling deprivation and inequality through Neighbourhood Renewal, and housing projects including the Housing Market Renewal Pathfinder. Isobel has been involved in every major devolution initiative since 2004, and has always been a champion and critical friend of the Humber’s economic and social ambitions. Her team played a key part in supporting the development of the LEP, and in landing its City and Growth Deals. She will Chair the LEP’s European Structural Investment Fund sub-committee, responsible for stewarding the LEP’s €100m pot.

Isobel is President-Elect of the Leeds City Credit Union, a Trustee of the Leeds CAB, and a Director of the Key Fund and CO2 Sense. She was awarded a CBE in 2011 for services to the Yorkshire and Humber region. 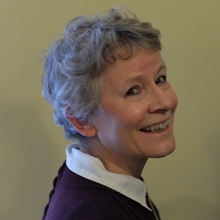