Pauline is Director of the international trade at the Hull and Humber Chamber.

Pauline joined the Chamber in 1997 after moving to the region from London. A member of the Institute of Export, she was employed in the City of London for solicitors specialising in international taxation and corporate law, before working for several years to the Chairman and Chief Executive of the Ladbroke Group, where she was directly involved in the acquisition of the Hilton International Hotel chain by the British-owned Ladbroke Group in 1987. With over 25 years’ experience of international trade, Pauline has considerable expertise in promoting international business opportunities across markets and sectors.

Pauline is also Chief Executive of the Chamber’s subsidiary company, the British Agrifood Consortium, which offers a wide spectrum of support to strengthen and develop agribusiness worldwide. BAC is active in several international markets addressing issues such as food safety and food security. Pauline is also Deputy Chief Executive of the British Caribbean Chamber of Commerce which she helped set up in 2001. Pauline has led over 60 UKTI sponsored Trade Missions and exhibitions and working directly to the European Commission has successfully delivered several EU Funded Aid Programmes in the developing markets of Latin America, Cuba and the Caribbean. 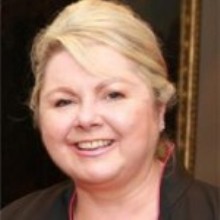