The Humber Local Enterprise Partnership (LEP) has welcomed today’s announcement of the Offshore Wind Sector Deal, which also highlights the Humber as a flagship region in the sector which others can learn from.

The Humber Local Enterprise Partnership (LEP) has welcomed today’s announcement of the Offshore Wind Sector Deal, which also highlights the Humber as a flagship region in the sector which others can learn from. 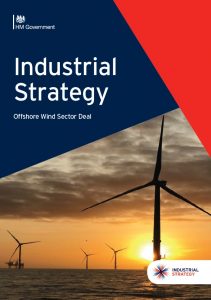 The Sector Deal between Government and industry which forms part of the UK Industrial Strategy sets out plans for a third of UK electricity to be generated from offshore wind by 2030, with the industry predicting 27,000 jobs by 2030 – up from 7,200 today.  An increased target of 60% UK content going into the windfarms has been agreed, while a new £250m Offshore Wind Growth Partnership will invest in the UK supply chain – building on the success of programmes like Green Port Hull and Growing the Humber.

Humber LEP was singled out within the Government document as setting a model example of maximising opportunities for the sector, whilst the University of Hull-led Project Aura was highlighted as bringing together a coalition of public and private sector partners to sustain the region as a global leader in offshore wind.

The Humber is in prime position to benefit from the further roll-out of offshore wind, with most of the seabed earmarked for the new zones located in the North Sea and within easy reach of the Humber ports. 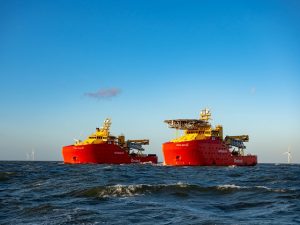 Offshore wind has been a key part of the Humber’s economic strategy over recent years, as the region has transformed itself as the Energy Estuary.  The Humber LEP is now working with businesses and local councils on an ambitious new industrial strategy for the region which it plans to agree with Government by the end of the year.  This will include plans for the Humber to capitalise on the further expansion of offshore wind and the wider energy transition, positioning the Humber as one of the world’s leading regions for clean growth.

The document specifically noted that “Local Enterprise Partnerships may build on the example set by the Humber LEP to maximise opportunities in the offshore wind sector by investing in specialist skills and business support, which it has done successfully through its Growth Deal, the Hull and Humber City Deal and the Greater Grimsby Town Deal”.

It added that Project Aura, which was established in 2016, is “an example of how a region can harness the industry, local enterprises, innovation providers and skills agencies, bringing the public and private sector together to promote regeneration and grow capability in the region”. 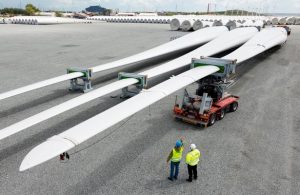 Lord Haskins, Chair of the Humber LEP, said: “The Humber Energy Estuary has been at the forefront of the development of the offshore wind sector in the UK, and is ready to play a leading role in this next phase.  We have already had some significant successes, with companies including Siemens Gamesa and Orsted bringing new jobs and investment to the region and local SMEs expanding to supply the sector.

“The ambition agreed in this deal means that there are now many more opportunities ahead for the Humber.  Our industrial strategy will set out how the Humber will support the further expansion of the offshore wind sector, making the most of our region’s potential.”

Full Sector Deal document can be viewed at https://www.gov.uk/government/publications/offshore-wind-sector-deal